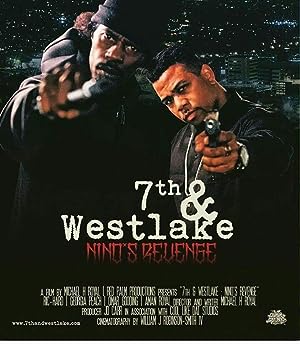 How to Watch 7th and Westlake: Nino's Revenge 2019 Online in Australia

Where to watch 7th and Westlake: Nino's Revenge

What is 7th and Westlake: Nino's Revenge about?

In response to the growing power of African Americans in the country, a chemical biologist (Dr. Phil Stain) has developed a drug that causes black people to kill each other. Testing for the drug was conducted in Chicago and has now been scheduled for Los Angeles. Nino Scar is the first person to ingest the drug unintentionally after car jacking the trafficker who was transporting the drug from Chicago. Having taken the pills in a concentrated form, Nino Scar is turned into a psychotic killer and begins eating his victims. The CIA and local gang leaders are all scrambling to secure the drug for their personal agendas.

Which streaming providers can you watch 7th and Westlake: Nino's Revenge on

The cast of 7th and Westlake: Nino's Revenge