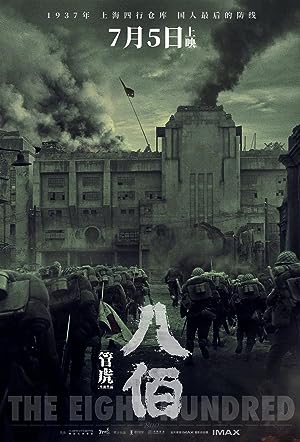 How to Watch The Eight Hundred 2020 Online in Australia

The cast of The Eight Hundred

What is The Eight Hundred about?

From the acclaimed filmmaker behind Mr. Six comes a riveting war epic. In 1937, eight hundred Chinese soldiers fight under siege from a warehouse in the middle of the Shanghai battlefield, completely surrounded by the Japanese army.

Where to watch The Eight Hundred