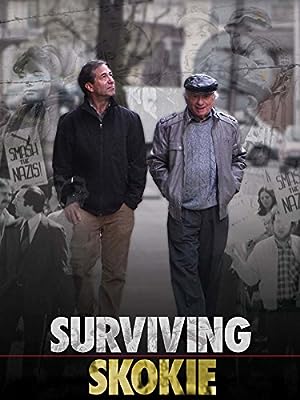 How to Watch Surviving Skokie 2015 Online in Australia

What is Surviving Skokie about?

Surviving Skokie, an intensely personal documentary, explores the effects of a late 1970s threatened neo-Nazi march in Skokie, IL on its large Holocaust survivor population. Thousands of survivors comprised 10 percent of this Chicago suburb, including Jack, the father of co-producer, Eli Adler. The relationship between father and son deepens as they return to Poland, where Eli learns more about the extended family that perished during the Shoah. Together they retrace the painful and debilitating journey through two ghettos and two concentration camps. Included are poignant commentaries and archival footage of the historical events spanning 70 years and two continents.

Where to watch Surviving Skokie

Which streaming providers can you watch Surviving Skokie on

The cast of Surviving Skokie

Surviving Skokie is a great Documentary movie, we’ve selected several other movie options that we think you would like to stream if you have watched Surviving Skokie

Surviving Skokie is a great documentary show, we’ve selected several other show options that we think you would like to stream if you have watched Surviving Skokie