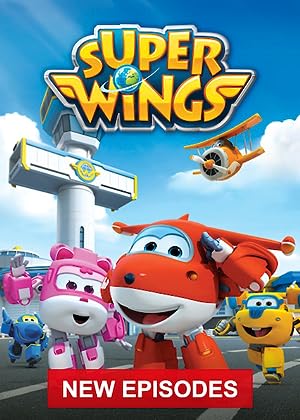 How to Watch Super Wings! Online in Australia

What is Super Wings! about?

"Super Wings" series revolves around an adorable jet plane named Jett who travels the world delivering packages to children. With every delivery, Jett encounters a new problem that he and his friends the Super Wings must work together to solve. Jett and the Super Wings have the unique ability to transform from planes into amazing heroes who can run, climb, lift, dig and even dive deep under the sea.

Where to watch Super Wings!

Which streaming providers can you watch Super Wings! on

Here is the comprehensive list of streaming providers that will show Super Wings! in Australia. If Super Wings! will appear with other providers further down the line, this table will be updated.

The cast of Super Wings!

Super Wings! is a great Adventure movie, we’ve selected several other movie options that we think you would like to stream if you have watched Super Wings!

Super Wings! is a great adventure show, we’ve selected several other show options that we think you would like to stream if you have watched Super Wings!