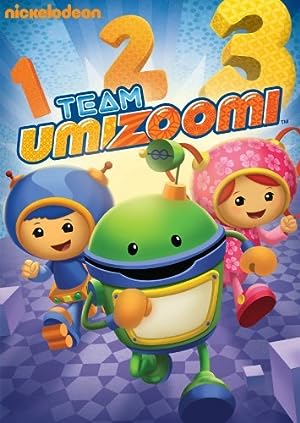 How to Watch Team Umizoomi Online in Australia

What is Team Umizoomi about?

Team Umizoomi is an American 2010 Nick Jr. and Nickelodeon TV show, involving preschool math concepts. Milli, Geo, Bot and the child who is watching the show uses their 'Mighty Math Powers!' to help in everyday problems. Team Umizoomi looks for problems in Umicity in Bot's Belly, Belly, Belly Screen! They live in Umicity. The show first aired in January 25, 2010. Milli is a measurement expert and has pattern powers. Geo uses shapes to build stuff that Team Umizoomi may need. Bot uses his Belly, Belly, Belly Screen to video call people who need help. This show is appropriate for young children and it teaches math. Team Umizoomi calls the viewer Umifriend and encourages the Umifriend to help them as they develop his/her Mighty Math Powers, just like Team Umizoomi.

Where to watch Team Umizoomi

Which streaming providers can you watch Team Umizoomi on

Here is the comprehensive list of streaming providers that will show Team Umizoomi in Australia. If Team Umizoomi will appear with other providers further down the line, this table will be updated.

The cast of Team Umizoomi

Team Umizoomi is a great Animation movie, we’ve selected several other movie options that we think you would like to stream if you have watched Team Umizoomi

Team Umizoomi is a great animation show, we’ve selected several other show options that we think you would like to stream if you have watched Team Umizoomi