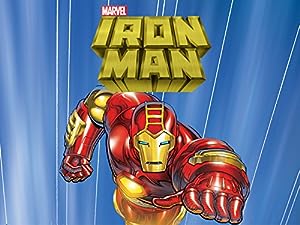 How to Watch Iron Man Online in Australia

What is Iron Man about?

In this series, Tony Stark is the head of a company that is under continual threat from evil forces such as the Mandarin and Justin Hammer. Against this, Stark fights back by leading his own team of heroes as Iron Man wearing armour that not only has the standard features of his regular armour, but can instantly change into his specialized variants for stealth, space, underwater etc.

Where to watch Iron Man

Which streaming providers can you watch Iron Man on

Here is the comprehensive list of streaming providers that will show Iron Man in Australia. If Iron Man will appear with other providers further down the line, this table will be updated.

The cast of Iron Man

Iron Man is a great Action movie, we’ve selected several other movie options that we think you would like to stream if you have watched Iron Man

Iron Man is a great action show, we’ve selected several other show options that we think you would like to stream if you have watched Iron Man