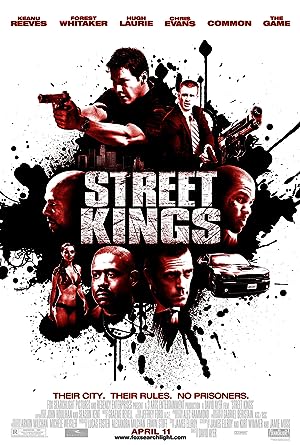 How to Watch Street Kings 2008 Online in Australia

The cast of Street Kings

What is Street Kings about?

LAPD detective Tom Ludlow is a ruthlessly efficient, unorthodox undercover cop. Captain Jack Wander always covers for Tom, as do even his somewhat jealous colleagues. After technically excessive violence against a vicious Korean gang during the liberation of a kidnapped kid sex slave, Tom becomes the target of IA's hotshot, captain James Biggs, who feels passed over after Wander's promotion to chief. Tom's corrupt, disloyal ex-patrol partner Terrence Washington sides with IA but is killed during a shop robbery in Tom's presence.

Where to watch Street Kings