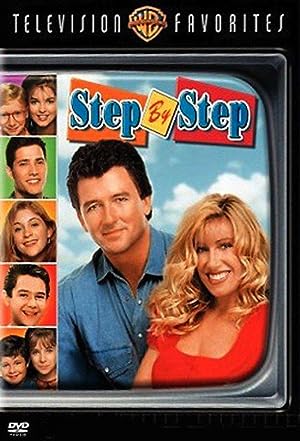 How to Watch Step by Step Online in Australia

What is Step by Step about?

Frank Lambert is a construction worker and a single father of 3 kids: J.T., Alicia "Al", and Brendan. Carol Foster, a beautician, also has 3 children: Dana, Karen, and Mark. After Frank and Carol run into each other on vacation and spontaneously get married, they and their children (who appeared to have known and hated each other) have to learn to live together and love each other. It's not easy, but they are trying to do this step by step.

Where to watch Step by Step

Which streaming providers can you watch Step by Step on

Here is the comprehensive list of streaming providers that will show Step by Step in Australia. If Step by Step will appear with other providers further down the line, this table will be updated.

The cast of Step by Step

Step by Step is a great Comedy movie, we’ve selected several other movie options that we think you would like to stream if you have watched Step by Step

Step by Step is a great comedy show, we’ve selected several other show options that we think you would like to stream if you have watched Step by Step