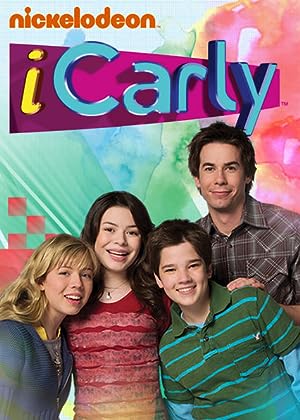 How to Watch iCarly Online in Australia

What is iCarly about?

Carly hosts her own home-grown web show, iCarly. She lives with her twenty-something brother/guardian Spencer and produces her Web casts from a makeshift third-floor loft studio. Grappling with adolescence, she never aimed to gain fame as a rising star/underground celebrity to kids. As events unfold in the pilot, it all happens by accident when a teacher puts her in charge of the school talent show. She and her sassy best bud Sam turn the audition process into a show, which Carly's tech savvy smitten friend Freddie tapes - including their hilarious banter and great chemistry - and posts on the Web without telling the girls. The on-line audience clamors for more, and a pop phenomenon blooms, with Carly and sidekick Sam's regular Web casts ultimately featuring everything from comedy sketches and talent contests to interviews, recipes, and problem-solving.

Where to watch iCarly

Which streaming providers can you watch iCarly on

Here is the comprehensive list of streaming providers that will show iCarly in Australia. If iCarly will appear with other providers further down the line, this table will be updated.

The cast of iCarly

iCarly is a great Comedy movie, we’ve selected several other movie options that we think you would like to stream if you have watched iCarly

iCarly is a great comedy show, we’ve selected several other show options that we think you would like to stream if you have watched iCarly