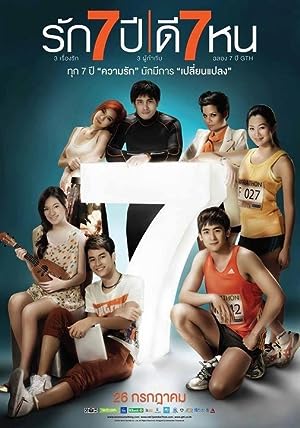 How to Watch Seven Something 2012 Online in Australia

The cast of Seven Something

What is Seven Something about?

Seven Something is a special love movie made to celebrate the glorious film company, GTH's 7th anniversary. Starring Thailand's top stars and Nichkhun, the Asian idol from 2PM, the movie tells various love stories from three generations at different ages: 14, 21 and 42. In the first part, the relationship of a teenage couple is altered by the power of social networking. In the second part, an acting couple's relationship is put to test as fame takes its toll. In the last episode, a 42 year old reporter encounters a tragic loss in her life; when she meets a young marathon runner, her life is changed forever.

Where to watch Seven Something