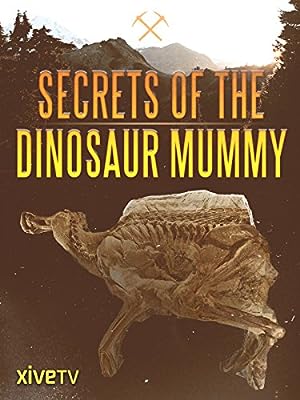 The cast of Secrets of the Dinosaur Mummy

What is Secrets of the Dinosaur Mummy about?

A group of fossil hunters uncover not only the bones of a 77 million year old dinosaur, but its mummified and fossilized 'body'. After excavating the duckbill nicknamed 'Leonardo', scientists begin a battery of tests including a radiographic autopsy. Journey along with a team of paleontology experts as they make several astonishing discoveries including the creature's last meal and never-before-seen internal organs.

Where to watch Secrets of the Dinosaur Mummy

More Documentary movies like Secrets of the Dinosaur Mummy

More Documentary tv shows like Secrets of the Dinosaur Mummy