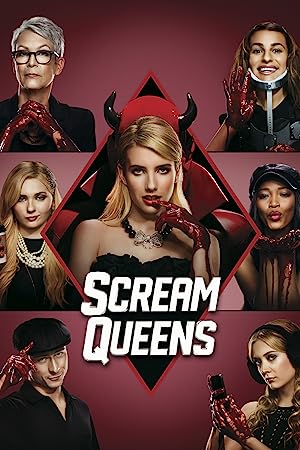 How to Watch Scream Queens Online in Australia

What is Scream Queens about?

Wallace University is rocked by a string of murders. Kappa House, the most sought-after sorority for pledges, is ruled with an iron fist (in a pink glove) by its Queen Bitch, Chanel Oberlin (Emma Roberts). But when anti-Kappa Dean Cathy Munsch (Jamie Lee Curtis) decrees that sorority pledging must be open to all students, and not just the school's silver-spooned elite, all hell is about to break loose, as a devil-clad killer begins wreaking havoc, claiming one victim, one episode at a time. Part black comedy, part slasher flick, SCREAM QUEENS is a modern take on the classic whodunit, in which every character has a motive for murder... Or could easily be the next blood-soaked casualty.

Where to watch Scream Queens

Which streaming providers can you watch Scream Queens on

Here is the comprehensive list of streaming providers that will show Scream Queens in Australia. If Scream Queens will appear with other providers further down the line, this table will be updated.

The cast of Scream Queens

Scream Queens is a great Comedy movie, we’ve selected several other movie options that we think you would like to stream if you have watched Scream Queens

Scream Queens is a great comedy show, we’ve selected several other show options that we think you would like to stream if you have watched Scream Queens