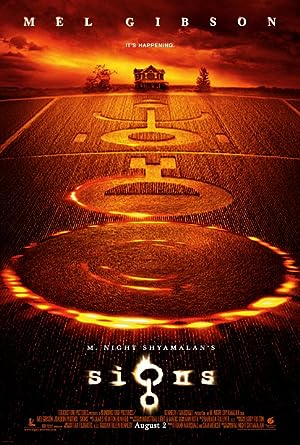 How to Watch Signs 2002 Online in Australia

The cast of Signs

What is Signs about?

Preacher Graham Hess, played by Mel Gibson, has lost his faith in God after his wife dies in a brutal car accident. He along with his son and daughter and his brother Merrill lives in a farmhouse. Crop circles begin to appear in their corn fields which Graham dismisses as mischief by miscreants. After hearing strange noises and watching news coverage on crop circles appearing all over the world, the family grows suspicious of alien activities. Now they must stick together and believe, as a family to survive the ordeal and find a way to escape.

Where to watch Signs