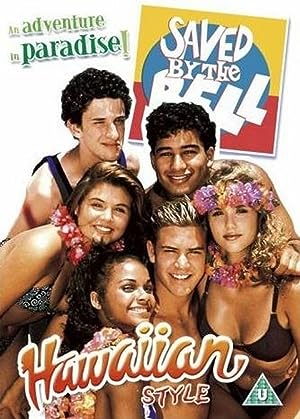 How to Watch Saved by the Bell: Hawaiian Style 1992 Online in Australia

The cast of Saved by the Bell: Hawaiian Style

What is Saved by the Bell: Hawaiian Style about?

Kelly's grandpa invites the whole clique to his little hotel "The Hideaway" in Hawaii for summer vacation. They expect a marvelous time at the beach - without Belding. Arrived there, the learn quickly that not only Belding's there too, but they also have to help grandpa against the mean capitalist Worthington, who plans to ruin him to get his land to build a new apartment house complex. Meanwhile Zack meets (again) the love of his live, Jessie and Slater bet with Lisa that they won't fight and Screech gets kidnapped by the Pupuku clan.

Where to watch Saved by the Bell: Hawaiian Style

More Comedy movies like Saved by the Bell: Hawaiian Style