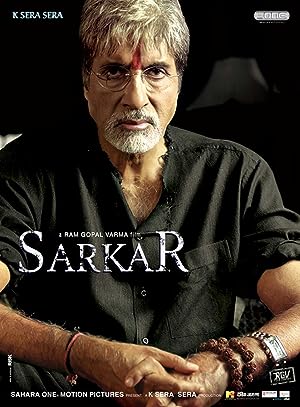 How to Watch Sarkar 2005 Online in Australia

The cast of Sarkar

What is Sarkar about?

Meet Subhash Nagre - a wealthy and influential resident of Bombay. He lives in a palatial house with his wife, Pushpa; sons Vishnu and his wife Amrita and their son; a second son, named Shankar, in the United States. Subhash and his family are thrilled when Shankar returns home, in the company of a gorgeous long-legged young woman named Pooja, who he plans to marry soon. While Subhash adores both his sons, he shows his open disappointment for Vishnu, whose language, childish actions, and his affair with a Bollywood actress named Sapna are just few of his wrong actions. When Vishnu finds out that a Bollywood actor is attempting to start an affair with Sapna, he angrily guns him down in front of several witnesses. Subhash asks Vishnu to leave the house, and thereafter Vishnu is arrested and charged with murder. Then all hell breaks lose in the Nagre household when a politician named Motilal Khurana is killed, and the killer names Subhash as the person who hired him to do this killing. Subhash is arrested, and held in prison - there is no hope for him in the courts as he has been already been found guilty - not for this killing - but for acting as a power unto himself - a mafia-like Godfather - who metes out justice - when justice fails. Watch how circumstances force Subhash to come to terms that he no longer is influential and no one will come forward to assist him; Shankar is abducted and disappears, and the one who has hired to kill him is none other than his son - Vishnu.

Where to watch Sarkar