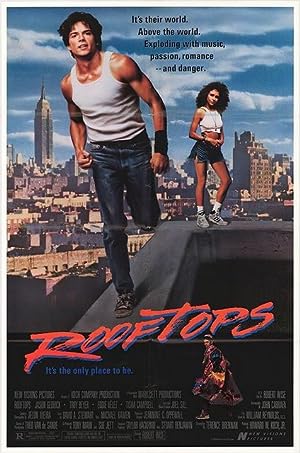 How to Watch Rooftops 1989 Online in Australia

The cast of Rooftops

What is Rooftops about?

T, as most of his friends, lives in a self-constructed 'house', built on top of an old building in the city. Their one passion is 'combat'. Combat is a dance/streetfight during which the contestants try to push each other out of the arena, while not allowed to actually touch each other. When drugdealers move into the neighbourhood and kill T's best friend he embarks on a mission to eradicate the drug-presence in the neigbourhood. His friends are reluctant to help though, knowing what happened to T's friend when he crossed them.

Where to watch Rooftops