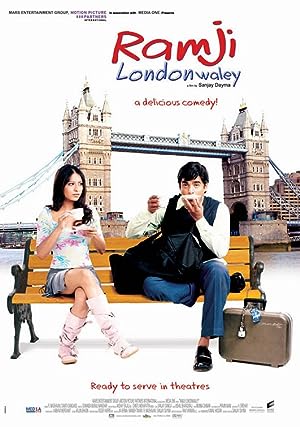 How to Watch Ramji Londonwaley 2005 Online in Australia

The cast of Ramji Londonwaley

What is Ramji Londonwaley about?

Ramji Tiwari and his sister, Parvati, had their parents pass away at an early age. Ramji is a skilled cook, and is familiar with all aspects of vegetarian cooking. He arranges Parvati's marriage with the Mishra family, promises to pay a large sum of dowry, which he manages to get by promising to get married to a wealthy man's daughter. On the day of Parvati's marriage, he finds out that his betrothed has eloped with her true lover, no dowry is coming in for Parvati's in-laws, shocked he goes to confide in Mishra, the father-in-law, who sarcastically gives him time to accumulate the money as well as a car for his son. A wedding guest, Pandey, is pleased with Ramji's cooking and offers him a job with his U.K.-based cousin, Vakil "Vicky" Chaubey, which Ramji reluctantly accepts. He readies himself to travel to London, gets all the relevant documents, attends a flight - where he does cause some hilarious chaos, and finally lands on U.K.'s soil. It is here he finds out that Vicky Chaubey is no more, his papers are all invalid, and he must find employment before he is deported from the country. He does find employment with Guru, his wife, and their handicapped son, who run a restaurant, who are pleased with him, and want him to stay, therefore they arrange his marriage of convenience with a young woman named Samira alias "Sammy". So from Ramji, his name is changed to Robert, from Lord Bajrang Bali he must now worship Lord Jesus Christ, wear tight underwear instead of "kacchas", he is then married in a formal church ceremony, and goes to live with Sammy in her house which she shares with her grandmother. It is then he finds out that the marriage is only temporary, at the most 3 months, in order so that Sammy can get married to Jay Kapoor, her lover; Not receiving any dowry from Ramji, Parvati has been turned out of the Mishra house and is living with her lover, Pappu; and the London Immigration Authorities are conducting an investigation that may well result in Ramji's being arrested, held, and then deported.

Where to watch Ramji Londonwaley