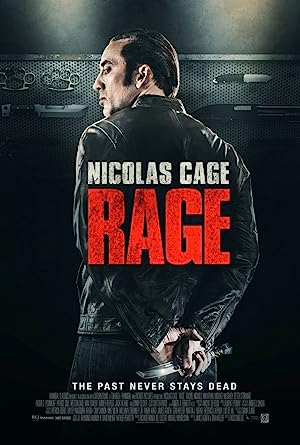 How to Watch Rage 2014 Online in Australia

The cast of Rage

What is Rage about?

The reformed criminal Paul Maguire is a businessman in the construction business and happily married with Vanessa Maguire. His sixteen year-old daughter Caitlin Maguire is his pride and joy. One night, Paul and Vanessa go to a dinner party and leave Caitlin with her friends Mike and Evan at home. During the night, his dinner is interrupted by Detective Peter St. John that tells that Caitlin had been kidnapped and her friends are wounded. Paul learns that three criminals had invaded his house and abducted his daughter. Paul meets his friends and former crew, Kane and Danny Doherty, and they unsuccessfully press the smalltime criminals expecting to have news from Caitlin. Soon she is found dead in a park and they see the result of the ballistics indicating that a Russian Tokarev pistol killed Caitlin. Now Paul is haunted by his past and believes that the Russians are seeking revenge. Paul, Kane and Danny start a war against the Russians but no mobster knows any connection of the Russian Mafia with Caitlin. Who did kill Paul's daughter?

Where to watch Rage