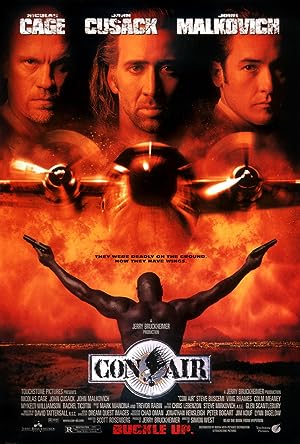 How to Watch Con Air 1997 Online in Australia

The cast of Con Air

What is Con Air about?

Cameron Poe, a highly decorated United States Army Ranger, came home to Alabama to his wife, Tricia, only to run into a few drunken regulars where Tricia works. Cameron unknowingly kills one of the drunks and is sent to a federal penitentiary for involuntary manslaughter for seven years. Cameron becomes eligible for parole and can now go home to his wife and daughter. Unfortunately, Cameron has to share a prison airplane with some of the country's most dangerous criminals, who took control of the plane and are now planning to escape the country. Cameron has to find a way to stop them while playing along. Meanwhile, United States Marshal Vincent Larkin is trying to help Cameron get free and stop the criminals, including Cyrus "The Virus" Grissom.

Where to watch Con Air