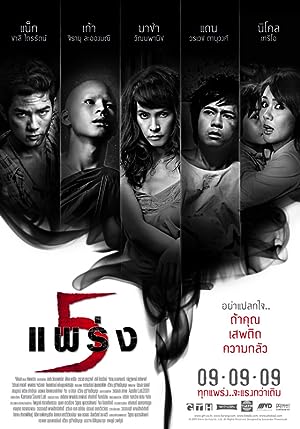 How to Watch Phobia 2 2009 Online in Australia

The cast of Phobia 2

What is Phobia 2 about?

Phobia 2 is composed of five short movie segments directed by five of the best directors of Thai horror films. A teenager who committed a crime goes to a sacred place for meditation and hiding that brings him fright and guilt about what he did (segment Novice). A young man gets haunted in an hospital by an old man in coma who's not too far from him (segment Ward). Two men along with two hitchhikers in a truck got into a big trouble after opening the back (segment Backpackers). A secondhand car dealer realizes what the previous car owners/passengers had terribly been into (segment Salvage). An ill hardworking actress whose role is a ghost is reported dead after she was brought to the hospital (segment In the End).

Where to watch Phobia 2