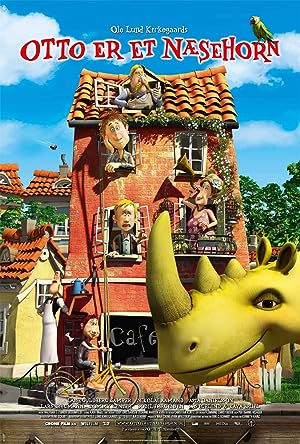 How to Watch Otto the Rhino 2013 Online in Australia

The cast of Otto the Rhino

What is Otto the Rhino about?

Topper finds the summer holidays a bit boring and feels a bit daft being crazy about a girl he can't make head or tail of. To add to his problems, Topper misses his dad, who is off sailing the seven seas or who knows - perhaps even further away than that. But one day, Topper finds something amazing, and suddenly life isn't quite so boring after all. He finds a pencil - not an ordinary pencil, mind - that wouldn't be special at all. No, this one can do magic! Together with his best friend, Viggo, Topper is about to discover all the incredible things this kind of pencil can be used for. Topper and Viggo live in the same old, red brick building. The ground floor is occupied by the Red Catfish Café owned by Viggo's dad, Mr Lion. Topper lives on the second floor - and it is here that he and Viggo draw a rhino on the wall - a yellow rhino with three horns. They don't have to wait long for something magical to happen. Moments later the rhino comes alive!

Where to watch Otto the Rhino