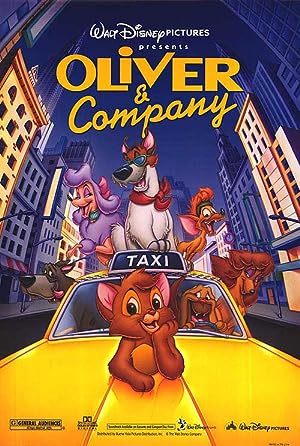 How to Watch Oliver & Company 1988 Online in Australia

The cast of Oliver & Company

What is Oliver & Company about?

Inspired by Charles Dickens' "Oliver Twist". A homeless kitten named Oliver, roams the streets of New York, where he is taken in by a gang of homeless mutts who survive by stealing from others. During one of these criminal acts, Oliver meets a wealthy young girl named Jenny Foxworth. This meeting will forever change his life.

Where to watch Oliver & Company