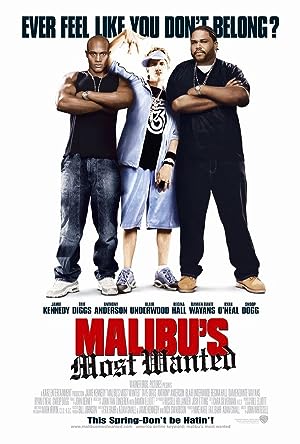 How to Watch Malibu's Most Wanted 2003 Online in Australia

The cast of Malibu's Most Wanted

What is Malibu's Most Wanted about?

Brad Gluckman (Kennedy) is a wannabe rap star from Malibu who acts and talks like he's from the "'hood." Concerned that his son is going to embarrass him during his campaign to become the governor of California, Brad's wealthy father and his campaign manager (Underwood), hire two trained actors (Diggs and Anderson) to disguise themselves as "real life gangstaz", and kidnap his son, dropping him off in the "real hood" in Compton, in an effort to scare the ghettofied attitude and behavior out of him.

Where to watch Malibu's Most Wanted