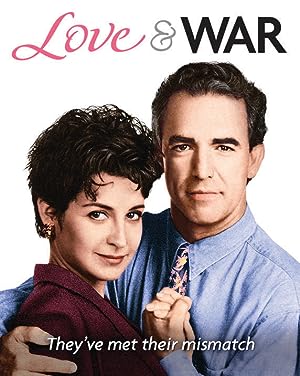 How to Watch Love & War Online in Australia

What is Love & War about?

A comedy about a woman running a bar/restaurant in downtown Chicago while maintaining an on-again, off-again romance with an egotistical sports writer. Other comedic elements include the bar's regular patrons, the restaurant's chef, and a neurotic waitress waiting for her husband to get out of prison.

Where to watch Love & War

Which streaming providers can you watch Love & War on

Here is the comprehensive list of streaming providers that will show Love & War in Australia. If Love & War will appear with other providers further down the line, this table will be updated.

The cast of Love & War

Love & War is a great Comedy movie, we’ve selected several other movie options that we think you would like to stream if you have watched Love & War

Love & War is a great comedy show, we’ve selected several other show options that we think you would like to stream if you have watched Love & War