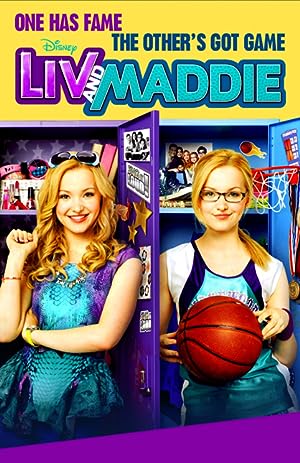 How to Watch Liv and Maddie Online in Australia

What is Liv and Maddie about?

Identical twins Liv, a popular television star whose hit show has just finished its run, and Maddie, an outstanding student and school basketball phenomenon whose popularity is on the rise, that is until Liv makes a triumphant return to their Wisconsin high school and complicating their teenage life even more is that their parents both work at their school.

Where to watch Liv and Maddie

Which streaming providers can you watch Liv and Maddie on

Here is the comprehensive list of streaming providers that will show Liv and Maddie in Australia. If Liv and Maddie will appear with other providers further down the line, this table will be updated.

The cast of Liv and Maddie

Liv and Maddie is a great Comedy movie, we’ve selected several other movie options that we think you would like to stream if you have watched Liv and Maddie

Liv and Maddie is a great comedy show, we’ve selected several other show options that we think you would like to stream if you have watched Liv and Maddie