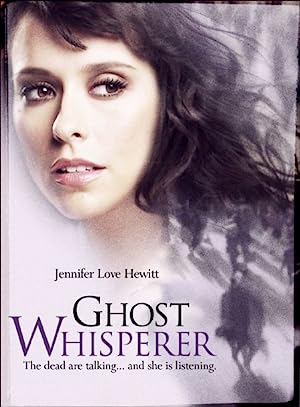 How to Watch Ghost Whisperer Online in Australia

What is Ghost Whisperer about?

Melinda Gordon inherited her "gift" - the ability to see and talk with the spirits of dead people - from, and was coached in its use by her grandmother. Running an antique store in a small town, newly married to a paramedic, Melinda helps the ghosts wandering around who are trapped between worlds by helping them to resolve unfulfilled aspects of their former life.

Where to watch Ghost Whisperer

Which streaming providers can you watch Ghost Whisperer on

The cast of Ghost Whisperer

Ghost Whisperer is a great Drama movie, we’ve selected several other movie options that we think you would like to stream if you have watched Ghost Whisperer

Ghost Whisperer is a great drama show, we’ve selected several other show options that we think you would like to stream if you have watched Ghost Whisperer