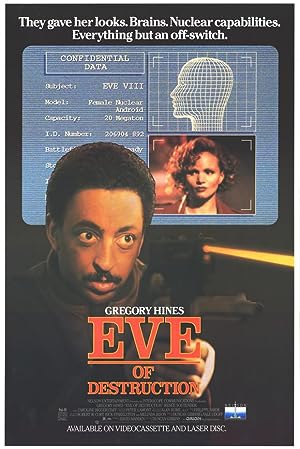 How to Watch Eve of Destruction 1991 Online in Australia

The cast of Eve of Destruction

What is Eve of Destruction about?

Eve is a robot, modelled on "her" creator. Eve's armoury includes a nuclear bomb, which for unexplained reasons is on-board during Eve's testing. When things go wrong during the tests, Eve is lost in the big city. Enter the rescue team, which includes the real (human) Eve. They must find and disarm her before she goes "bang". Eve is programmed to protect herself at all costs, so when she runs into a problem, she resorts to her super strength; hence the destruction.

Where to watch Eve of Destruction