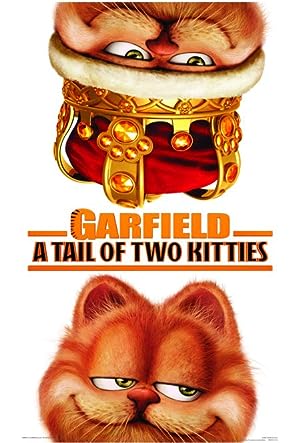 How to Watch Garfield: A Tail of Two Kitties 2006 Online in Australia

The cast of Garfield: A Tail of Two Kitties

What is Garfield: A Tail of Two Kitties about?

Garfield is back and this time Garfield and his canine sidekick Odie follows their owner, Jon Arbuckle, to England, the U.K. may never recover, as Garfield is mistaken for a look-alike, regal cat who has inherited a castle. Garfield savors the royal treatment afforded by his loyal four-legged subjects, but his reign is in jeopardy! The evil nefarious stubborn Lord Dargis is determined to do away with Garfield, so he can turn the castle into a resort. Garfield's bigger, better, more perfect world is soon turned upside down in this tale of two kitties.

Where to watch Garfield: A Tail of Two Kitties

More Adventure movies like Garfield: A Tail of Two Kitties