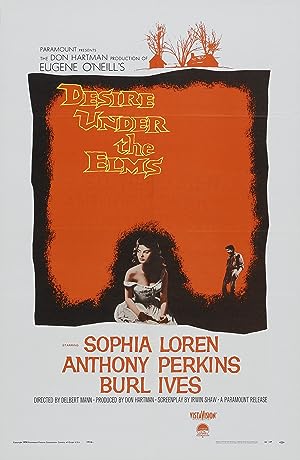 How to Watch Desire Under the Elms 1958 Online in Australia

The cast of Desire Under the Elms

What is Desire Under the Elms about?

Ephraim Cabot is an old man of amazing vitality who loves his New England farm with a greedy passion. Hating him, and sharing his greed, are the sons of two wives Cabot has overworked into early graves. Most bitter is Eben, whose mother had owned most of the farm, and who feels who should be sole heir. When the old man brings home a new wife, Anna, she becomes a fierce contender to inherit the farm. Two of the sons leave when Eben gives them the fare in return for their shares of the farm. Meanwhile, Anna tries to cause some sparks by rubbing up against Eben.

Where to watch Desire Under the Elms

Desire Under the Elms Trailer

More Drama tv shows like Desire Under the Elms