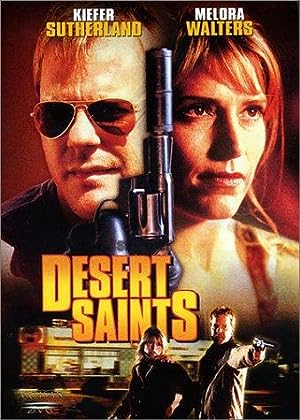 How to Watch Desert Saints 2002 Online in Australia

What is Desert Saints about?

The nature of temptation. Banks is a hit man, the best, usually working for Latin American drug cartels. He picks up solitary women, uses them briefly for a job, then kills them. He's in the Southwest, headed toward Mexico, when he picks up Bennie, a woman leaving an abusive marriage, going to Paradise, Arizona. The film follows three tracks: Banks's slow recruitment of Bennie, the set-up for the hit at a swank resort in Mexico, and the FBI's close pursuit of Banks, whom they want alive in hopes he'll rat out his bosses. Bennie may not be who she seems, and there may be a chink in Banks's tough-guy armor. Guns, money, and a chance at Paradise...

Where to watch Desert Saints

Which streaming providers can you watch Desert Saints on

Here is the comprehensive list of streaming providers that will show Desert Saints in Australia. If Desert Saints will appear with other providers further down the line, this table will be updated.

The cast of Desert Saints

Desert Saints is a great Action movie, we’ve selected several other movie options that we think you would like to stream if you have watched Desert Saints

Desert Saints is a great action show, we’ve selected several other show options that we think you would like to stream if you have watched Desert Saints