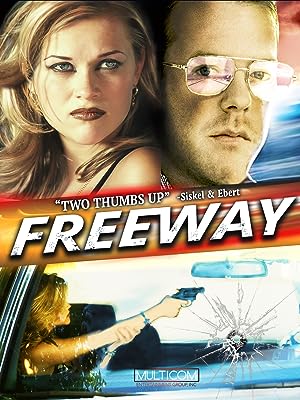 How to Watch Freeway 1996 Online in Australia

The cast of Freeway

What is Freeway about?

Little Red Riding Hood for the 1990's: After her mom and step-dad are arrested, 15-year-old Vanessa Lutz decides that instead of once again being put into a foster home, she'd rather go and search for the grandmother she's never met, and live with her. "On the way to grandma's house," (actually a trailer park) Vanessa's car breaks down, and she's picked up from the side of the road by Bob Wolverton, a counselor at a school for troubled boys. Bob slowly earns Vanessa's trust, and eventually convinces her to talk about her sexual abuse at the hands of her stepfather. When Vanessa realizes that Bob is enjoying what she's saying, she realizes that he's "The I-5 Killer," from the news. She tries to get out of his truck, but the inside door handle has been removed...

Where to watch Freeway