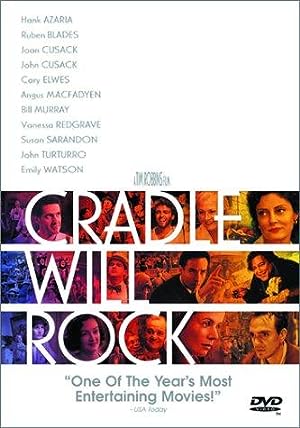 How to Watch Cradle Will Rock 1999 Online in Australia

The cast of Cradle Will Rock

What is Cradle Will Rock about?

In 1930s New York Orson Welles tries to stage a musical on a steel strike under the Federal Theater Program despite pressure from an establishment fearful of industrial unrest and red activity. Meanwhile Nelson Rockefeller gets the foyer of his company headquarters decorated and an Italian countess sells paintings for Mussolini.

Where to watch Cradle Will Rock