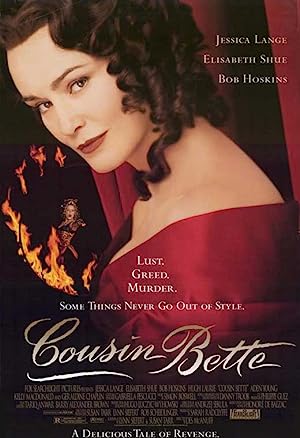 How to Watch Cousin Bette 1998 Online in Australia

The cast of Cousin Bette

What is Cousin Bette about?

Cousin Bette is a poor and lonely seamstress, who, after the death of her prominent and wealthy sister, tries to ingratiate herself into lives of her brother-in-law, Baron Hulot, and her niece, Hortense Hulot. Failing to do so, she instead finds solace and company in a handsome young sculptor she saves from starvation. But the aspiring artist soon finds love in the arms of another woman, Hortense, leaving Bette a bitter spinster. Bette plots to take revenge on the family who turned her away and stole her only love. With the help of famed courtesan Jenny Cadine she slowly destroys the lives of those who have scorned her.

Where to watch Cousin Bette