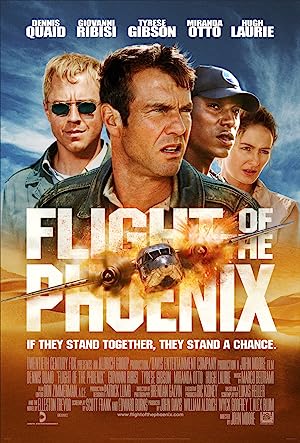 How to Watch Flight of the Phoenix 2004 Online in Australia

What is Flight of the Phoenix about?

A group of air crash survivors are stranded in the Mongolian desert with no chance of rescue. Facing a brutal environment, dwindling resources, and an attack by desert smugglers, they realize their only hope is doing the impossible... building a new plane from the wreckage of the old one.

Where to watch Flight of the Phoenix

Which streaming providers can you watch Flight of the Phoenix on

The cast of Flight of the Phoenix

Flight of the Phoenix Trailer

More action tv shows like Flight of the Phoenix

Watch Flight of the Phoenix