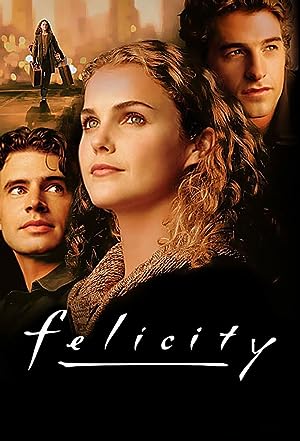 How to Watch Felicity Online in Australia

What is Felicity about?

It all starts the moment shy, beautiful Felicity Porter asks Ben Covington to sign her high school yearbook. It's graduation day... he's gorgeous... and she's had a four-year crush on him. Even though the two have never spoken, what he writes is so insightful, so perfect, it persuades Felicity to change the course of her future. A future defined by medical school and the dreams of her parents. She surreptitiously follows Ben to UNY (the fictional University of New York) and is quickly swept into a romantic triangle that brings both discovery and heartache. Felicity moved to New York to find romance but ends up finding herself.

Where to watch Felicity

Which streaming providers can you watch Felicity on

Here is the comprehensive list of streaming providers that will show Felicity in Australia. If Felicity will appear with other providers further down the line, this table will be updated.

The cast of Felicity

Felicity is a great Drama movie, we’ve selected several other movie options that we think you would like to stream if you have watched Felicity

Felicity is a great drama show, we’ve selected several other show options that we think you would like to stream if you have watched Felicity