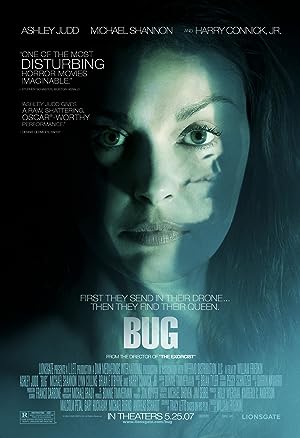 How to Watch Bug 2006 Online in Australia

The cast of Bug

What is Bug about?

Having escaped her abusive ex-husband Goss, recently released from state prison, Agnes, a lonely waitress with a tragic past moves into a sleazy, rundown motel. Her lesbian co-worker R.C. introduces her to Peter, a peculiar, paranoiac drifter and they begin a tentative romance. However, things aren't always as they appear and Agnes is about to experience a claustrophobic nightmare reality as the bugs begin to arrive...

Where to watch Bug