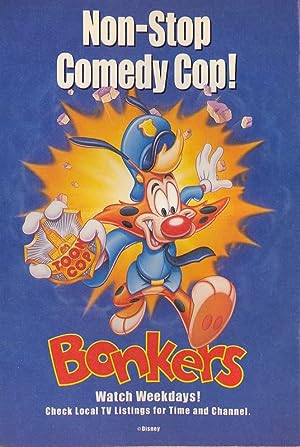 How to Watch Bonkers Online in Australia

What is Bonkers about?

Once upon a time in Toon Town there was a cat who had it all. Fortune and fame, top of his game. Up until he hit the wall. Now he's down and out in Toon Town as a Comic Cop who solve crimes with hilarious results. With the help of his partners - Lucky Piquel (his first partner) and Miranda Wright (his second partner).

Where to watch Bonkers

Which streaming providers can you watch Bonkers on

Here is the comprehensive list of streaming providers that will show Bonkers in Australia. If Bonkers will appear with other providers further down the line, this table will be updated.

The cast of Bonkers

Bonkers is a great Action movie, we’ve selected several other movie options that we think you would like to stream if you have watched Bonkers

Bonkers is a great action show, we’ve selected several other show options that we think you would like to stream if you have watched Bonkers