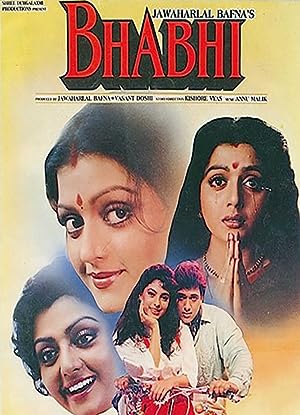 How to Watch Bhabhi 1991 Online in Australia

The cast of Bhabhi

What is Bhabhi about?

Sita lives a middle-class lifestyle with her retired and widowed schoolmaster dad, Ramdas. One day she is molested by Prakash and slaps him. A few days later, wealthy Ghanshyamdas, a former pupil of Ramdas, approaches him to ask for Sita's hand in marriage for his son. The marriage takes place, Sita re-locates to Prakash's house and family, consisting of Prakash's mom, Shanti; his married sister, Shobha, whose husband is Police Inspector Sudhir; a cousin brother, Amar; and Shanti's brother, Rakesh, who had also attempted to molest Sita. Shanti and Shobha had wanted Prakash to get married to wealthy & gorgeous Sonia, are quite peeved with Sita, they abuse her both physically and verbally, while Prakash makes it clear that he only married her to get even for getting slapped. Things get worse after Ghanshyamdas passes away, and the rest of the family, save for Amar, attempt to burn Sita. Amar comes to her rescue, and together they conceive a plot to get even as wealthy Kamini and her assistant Nakadram. They do succeed considerably, but things change dramatically when Rakesh finds out their true identities and decides to do away with both of them - and this time there will be no one who can come to their rescue.

Where to watch Bhabhi