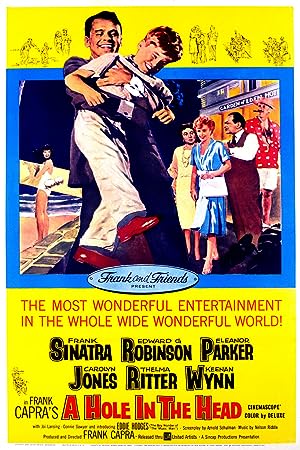 The cast of A Hole in the Head

What is A Hole in the Head about?

Tony Manetta runs an unsuccessful Miami hotel, on which he can't meet the payments. Another liability is his weakness for dames (Shirl, his sexy current flame, is even less responsible than Tony). But a solid asset is Ally, his sensible 12-year-old son. When Tony wants stolid brother Mario to bail him out again, Mario makes conditions: give up Ally, or at least get married to a "nice, quiet little woman" of his selection. Tony and Ally just play along to be diplomatic, but when the woman in question proves to look like Eleanor Parker...

Where to watch A Hole in the Head

More Comedy movies like A Hole in the Head

More Comedy tv shows like A Hole in the Head