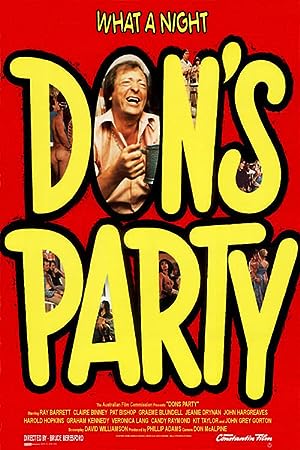 How to Watch Don's Party 1976 Online in Australia

The cast of Don's Party

What is Don's Party about?

The movie Dons Party is about a wild house party in a suburban Australian neighbourhood. Don Henderson convinces his wife to have another party so that their friends can gather to watch the election, drink and carry on. Dons wife, Kath sees the party as just more work, while Don sees it as a chance to break his boring routine. The year is 1969 and some of Dons friends have jumped on the bandwagon of sexual freedom and experimentation. However, others at the party are more conservative about their politics and sex, and naturally, arguments break out over politics and fist fights erupt over the seduction of others wives.

Where to watch Don's Party