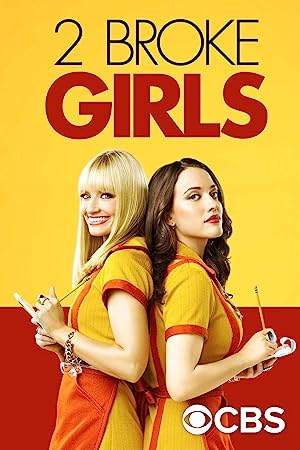 How to Watch 2 Broke Girls Online in Australia

What is 2 Broke Girls about?

Sassy, streetwise Max works two jobs just to get by, one of which is waiting tables during the night shift at the retro-hip Williamsburg Diner. Sophisticated Caroline is an uptown trust fund princess who's having a run of bad luck that forces her to reluctantly give waitressing a shot. At first, Max sees Caroline as yet another in a long line of inept servers she must cover for, but she's surprised to find that Caroline has as much substance as she does style. When Caroline discovers Max's knack for baking amazing cupcakes, she sees a lucrative future for them, but they first need to raise the start-up money.

Where to watch 2 Broke Girls

Which streaming providers can you watch 2 Broke Girls on

Here is the comprehensive list of streaming providers that will show 2 Broke Girls in Australia. If 2 Broke Girls will appear with other providers further down the line, this table will be updated.

The cast of 2 Broke Girls

2 Broke Girls is a great Comedy movie, we’ve selected several other movie options that we think you would like to stream if you have watched 2 Broke Girls

2 Broke Girls is a great comedy show, we’ve selected several other show options that we think you would like to stream if you have watched 2 Broke Girls