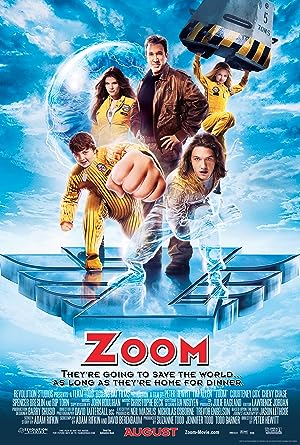 How to Watch Zoom 2006 Online in Australia

The cast of Zoom

What is Zoom about?

Former superhero Jack Shepard, (also known as Captain Zoom), is called back to work to transform an unlikely group of ragtag kids into a new generation of superheroes at a privacy Academy and save the world from certain destruction. The project holds an audition of would-be members, most of whom possess useless or disgusting powers. In the end, Dylan, a 17-year-old boy who can turn invisible Summer, a 16-year-old girl with telekinetic powers Tucker, a 12-year-old boy with the power to enlarge any part of his body Cindy, a 6-year-old girl with super strength.

Where to watch Zoom