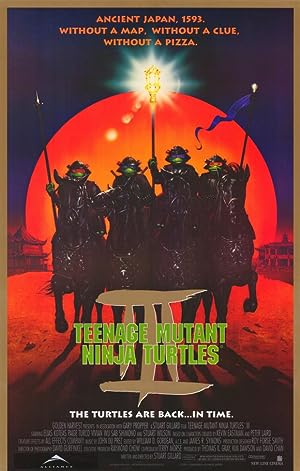 What is Teenage Mutant Ninja Turtles III about?

When a magic scepter accidentally transports April back through time to 17th Century Japan, the boys take-off in hot pursuit, cowabungling their way out of the sewers right into Samurai-O-Rama! Now they must battle the evil Lord Norinaga to reclaim the magic scepter that will bring them back below the subways of New York City.