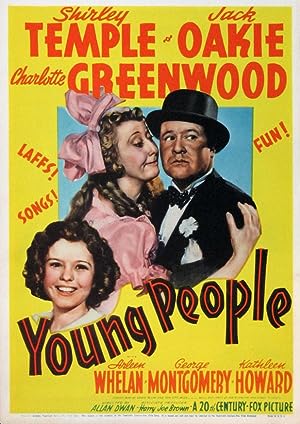 How to Watch Young People 1940 Online in Australia

The cast of Young People

What is Young People about?

Shirley's last film on her 20th Century Fox contract (aged 12). Her parents (Oakie, Greenwood) decide to retire from show biz so she can have a normal life. They are unwelcome in the small town until a storm lets the family show their stuff. Clips from earlier films fill in Shirley's background.

Where to watch Young People