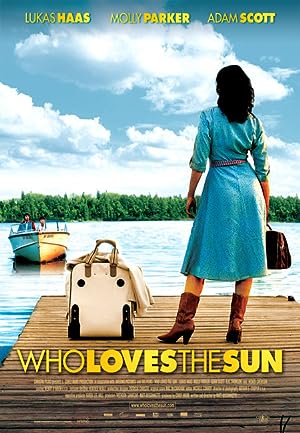 How to Watch Who Loves the Sun 2006 Online in Australia

What is Who Loves the Sun about?

Early thirty-somethings Daniel Bloom and Will Morrison had been best friends since they were children, with Will's wife, Maggie Claire, added to that friendship. Their combined friendship ended five years ago, when Will "disappeared", none of the two hearing from him until now when Will unexpectedly ends up on the lakeside home doorstep of Arthur and Mary Bloom, Daniel's parents, who also have not seen Will since that time, and to who Will does not divulge the reason for his disappearance or return. The only news that Will provides is that he has just finished writing a book which is to be published. Not knowing the issue between the three, the senior Blooms decide to call both Daniel, who is now a New York based magazine writer and one time novelist, and Maggie to come and deal with whatever the reason for their estrangement with Will. Beyond the fact of the aftermath of Will's disappearance for those five years, both Maggie and Daniel are aware of the reason for Will's unilateral decision. In addition, Daniel and Maggie have not seen each other also for the same reason for Will's decision to leave. As the five spend a largely uncomfortable few days together at the lake house, the questions become whether Will, Maggie and Daniel can get over the incident, they can emotionally deal with the reason for the incident, and Maggie can deal with what she felt was Will's desertion of her. Once they find out what's going on, the senior Blooms may be able to provide an interesting perspective on the matter.

Where to watch Who Loves the Sun

Which streaming providers can you watch Who Loves the Sun on

The cast of Who Loves the Sun

Who Loves the Sun Trailer

Watch Who Loves the Sun