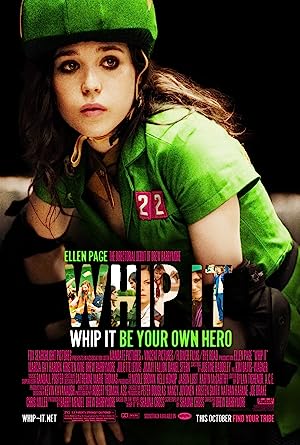 How to Watch Whip It 2009 Online in Australia

What is Whip It about?

In a town near Austin, Bliss Cavendar's strong-willed mom believes Bliss, at 17, can win pageants - the key to a happy life. Bliss isn't the beauty pageant type: she's shy, quiet, and has just one friend, Pash, her fellow waitress at a diner. Things change for Bliss when she discovers a women's roller derby league in Austin, tries out, proves to be whip fast, and makes a team. Now she needs to become someone tough on the rink, keep her parents from finding out where she goes twice a week, and do something about a first crush, on a musician she meets at the derby. Meanwhile, mom still sees Bliss as Miss Bluebonnet. Things are on a collision course; will everyone get banged up?

Where to watch Whip It

Which streaming providers can you watch Whip It on

Here is the comprehensive list of streaming providers that will show Whip It in Australia. If Whip It will appear with other providers further down the line, this table will be updated.

The cast of Whip It

Whip It is a great Drama movie, we’ve selected several other movie options that we think you would like to stream if you have watched Whip It

Whip It is a great drama show, we’ve selected several other show options that we think you would like to stream if you have watched Whip It