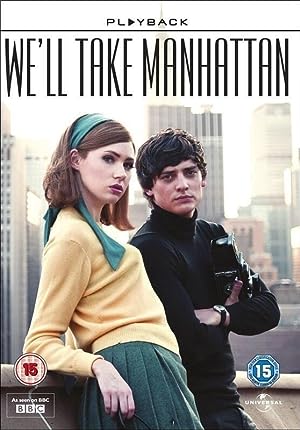 How to Watch We'll Take Manhattan 2012 Online in Australia

The cast of We'll Take Manhattan

What is We'll Take Manhattan about?

In 1962 budding young photographer David Bailey gets a fifteen guinea contract working for 'Vogue' magazine. For his first shoot,an Acrylan advert,he picks inexperienced teenage model Jean Shrimpton,who has left home to escape a bullying father and moves in with Bailey,despite his having a wife. When the magazine launches its Young Ideas feature,to capture a youth readership, Bailey and Jean are sent on a photo shoot to New York with the magazine's fashion editor Lady Clare Rendlesham. Lady Clare is incensed when Bailey defies her orders and shoots impressively unorthodox photos of his nervous muse,demanding his removal from the magazine. Vogue editor Ailsa Garland,however,recognises the innovative nature of Bailey's work and over-rules Lady Clare,giving rise to one of the most famous partnerships of the Swinging Sixties.

Where to watch We'll Take Manhattan