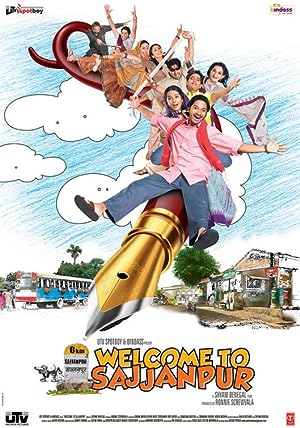 How to Watch Welcome to Sajjanpur 2008 Online in Australia

The cast of Welcome to Sajjanpur

What is Welcome to Sajjanpur about?

It was Jawaharlal Nehru who changed the name of a small town, Durjanpur, to Sajjanpur, and that was about all the change that had occurred there since then. The town still lacks adequate infrastructure, no safe drinking water; in a 24 hour period, electricity is out for almost 23 hours, and most people, even though they own mobile phones, cannot speak or write English. One of the residents, who does speak and write English fluently, Mahadev Kuswah, lives with his mother, and both run a small fresh vegetable store after his dad abandoned them when he was very young. He has since obtained a degree from Satna University, and assists residents with written correspondence for a fee. Amongst his clients are Man Singh - who wants his homicidal wife to stand for the Municipal elections; a eunuch, Munnibai Mukhrani, who also to stands for elections; a snake charmer who is trying to make a living with fake snakes and is trying to locate his father; Ram Kumar, who is in love with a widow, Shobha; frantic Ramsakhi Pannawali, who desperately wants to marry off her rebellious Manglik daughter, Vindhya, to a Saturday-born dog; while Mahadev uses his skills to break Kamla's marriage with Bansiram.

Where to watch Welcome to Sajjanpur