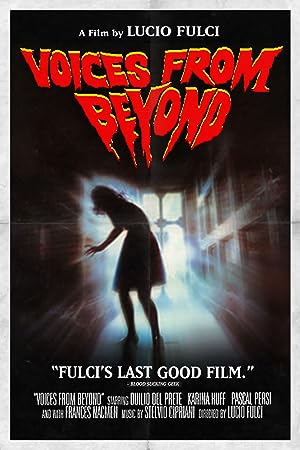 How to Watch Voices from Beyond 1991 Online in Australia

The cast of Voices from Beyond

What is Voices from Beyond about?

Wealthy businessman Giorgio Mainardi has died of a stomach hemorrhage, but his ghost is not so sure that it was a random misfortune and wants to know the truth. Unfortunately, almost everyone around him is happy to see him gone. Everyone, that is, except for his daughter Rosy, who still feels affection for her father even though they have drifted apart. With her medical student boyfriend, Johnathan, Rosy will try to get to the bottom of her father's death.

Where to watch Voices from Beyond

Watch Voices from Beyond