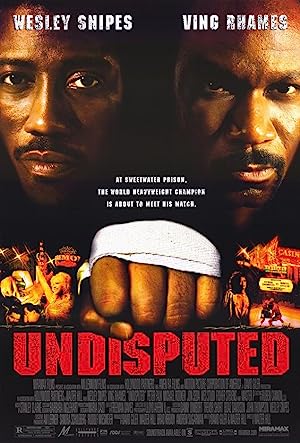 How to Watch Undisputed 2002 Online in Australia

The cast of Undisputed

What is Undisputed about?

George "Ice Man" Chambers (Rhames) is a top ranked heavyweight boxer. However Chambers has his world turned upside down when he is accused of rape and sent to prison. Upon his arrival he hears talk about Monroe Hutchen (Snipes) who is the top ranked prison boxing champ 10 years running. Immediately there is bad blood with Chambers not wanting to be second to no one which leads to a lunch room fight between the men. Figuring it will be a good way to make money fellow convict Emmanuel 'Mendy' Ripstein (Peter Falk) sets up a prison boxing match between the two men to decide who is the real UNDISPUTED champ. Michael Rooker plays a guard, Fisher Stevens, John Seda, and Master P co star.

Where to watch Undisputed